0.67 Update bug "fixes" that needs to be fixed ASAP

Last edited by evankyleperez on 2019/7/24 17:55 So a few weeks into the 0.67 update,I've been noticing these problems that are disrupting my overall experience: -Battery drain is still evident ever since the Pie update came for this device,in the 0.67 update im getting battery percentage drops when I place my phone in my pocket or even if its idle on a flat surface.Lets just say about 3-4% idle drops,maybe even more. Please fix this ASAP,Im not feeling the 5000mAh-ness of the device anymore ever since. -People are calling out the pseudo landscape notch being true and evident for some as they moved to the 0.67 update,I didnt experience this kind of bug yet as I have updated but I do believe ASUS has used the older source code of the update which already happened to the Google Pixel devices a year ago,hopefully this will be fixed for sake of everyone. -Headphone audio has been fixed I can say but its still not as close as the out of the box experience we had with Android Oreo when we first used this device. I can point out the lack in bass,I stand corrected but I feel like the bass really needs to be fixed. -Last but not the least would be the optimization of Android Pie in this device,the reports on the forums about delayed touch,delayed fingerprint detection speeds and the overall system battery backup (not to mention the lack of Adaptive Battery feature) All of this seriously needs to be fixed in 1-2 more future updates. No wonder they really suspended the strength of this device's advertisement here in the Asia region,idk with other regions. Its like they already have foreseen or knew that the software support of this device is going to leave a bad footprint to their company. All we ask for is a finally stable pie update please. (I've been with Asus since their Zenfone 2 and I can truly say that as a loyal user/consumer I am utmost disappointed to what they have become with their reckless software support tream)
0 Kudos
Share
Reply
6 REPLIES 6 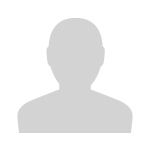 -Battery drain is still evident ever since the Pie update came for this device,in the 0.67 update im getting battery percentage drops when I place my phone in my pocket or even if its idle on a flat surface.Lets just say about 3-4% idle drops,maybe even more. Please fix this ASAP,Im not feeling the 5000mAh-ness of the device anymore ever since.

I'm experiencing the same issue as well. I'm using the JP firmware with .066 at the end. I know its almost the same as the IN WW-16.2017.1906.067 which introduces the "Digital Wellbeing" feature and so far, leaving the phone on idle during night consumes a lot of battery power. Having noticed that the Japan firmware is no longer available in their official site, I reverted back to WW-16.2017.1905.065 as it is the official firmware here at PH. Will monitor the battery for 2 days...
0 Kudos
Share
Reply
mawana_cacad
Star I
Options

So glad to hear about your response to my post.Just today the IN/WW version of the 0.67 is already up in the firmware support page of Asus for our Max Pro M2s.It should be safe for you to manually update using that file from the site now without having to do the tedious process of applying an update from the SD Card from the recovery mode that the 0.66 JP firmware might have forced you to do back then. I hope the updates would be consistent now since the 0.67 was delayed by over a month and a week's worth prior from the expected monthly update as promised by Asus. Battery delay when idle is evident as all hell for I can say. Hopefully this would be fixed by or through System Optimization or Battery Improvement updates in the near future.
0 Kudos
Share
Reply
ServiceH_ASUS
Star III
Options

Hi evankyleperez -Can you provide some information and screenshots regarding the battery drain issue? Please charge your phone to full before going to sleep, and leave it unused and unplugged overnight. Please capture screenshots as below on the next morning before you use your phone and tell me how many percentage of power the phone has consumed overnight. 1. Battery : settings> Battery 2. Battery usage : settings> (upper right )Battery usage -We have already highlighted pseudo landscape notch issue to our developer team. Team is investigating the case. Thank you for using Asus, your feedback is highly valued and we will do our best to provide our customers with better user experiences. Thank you:)
0 Kudos
Share
Reply
Related Content