I am a happy ASUS user in its overall but since now, i am sticking into the pc side (1x ASUS desktop MoBo and 2x ASUS Laptop, using one of them now by 8 years and still working fine)

I have to replace my actual phone (not ASUS) since after 4 years of using it, it is now a "spicy pillow" (for those not knowing, the battery is inflating) +other minor issues.
For info, i appreciate phones with small screen. Actual is a 4.6" in a 129 x 65 x 9.3 mm frame.

At the moment, if i want something small lasting about the same, i don't have really big choice. Like 2 phones i think. Sony and Samsung.
Most likely needs to be a flagship one, so it will not get "old" in half or less of the time
+ I don't really like Samsung UI so, only 1 v 1 actually, and ASUS costs ~350 USD less than the sony
Waiting for the black friday (hope mine does not die before) i choosed to google a little bit and found out that one of them, (so now i am here) seems to have very good datasheet, but, also some problems (?)
Ramdump issue at first, which seems very scary.
Phone calls with jack-headphones causing restart of the phone, which would annoy me because i would use my older headphones while walking in the streets avoiding outside noises (cars and so on) and hearing what my caller is saying (is that problem for everyone or its just someone facing it, and others do not?)

I don't want to create a big mess here. My asking is, is there someone also happy with the phone?

Unfortunately, I would not recommend this phone as of now. Maybe once they start doing discounts and only given that you buy it locally and will have a proper warranty (there were people on this board who bought it from stores like Aliexpress and Asus is refusing to service them).

This is from the top of my head, so it's likely I'm missing something. Also the previous phone I had was OnePlus 3, which I had for 5 years, so I might not know everything what's happening in Android world. I had checked other phones, watched and read reviews and what now, but I have not daily driven anything else for that time.

These are my complaints, that I would think are completely personal and others might not find it annoying:

What I found the worst about it, is the support, especially ramdump issue and them being quiet about it. Also, as I wrote in my other comments, I don't get the purpose of this is board and why it's linked in Support menu. Like, with one of the previous updates they broke the feature where if you have headset connected via headphone jack and get a call, the ringtone does not play through the headphone, only phone speaker. Once I reported it, a support person asked me to try restarting the phone. I did so and came back to say that it did not help and I was ignored ever since, sent like 2 or 3 follow ups, but no response. After some even earlier update, the function to adjust brightness in night mode was removed, I reported it but never got a response. Don't know, maybe it was intentional, but this rendered night mode pretty useless as photos would come out way overexposed (thank god for GCam once again).

I just feels that Asus does not really care about this phone and people who bought it. Like the phone call quality issue. Upon release it did not have HD Voice and VoLTE was available in only few operators. The phone call quality was so atrociously terrible that I almost returned the phone (should have done it tbh), but Asus promised they were working on adding VoLTE. My point is, that someone had to test it and sign off on it and I just cannot wrap my mind around how someone could have thought that it is okay to release the phone with such terrible call quality. It just seems that they don't care about it.

I find the device to be very good. Battery is nothing fenomenal but I get 6 hours SOT constantly. Screen is awesome, 120hz is very good, 90hz has a tint issue. Audio stereo is awesome, is on par if not better than an iPhone 12 pro max super. Camera is good, worse than Samsung or Pixel, but is good. Video are awesome in 4k60 fps. 8k is laggy, I'd say unusable but I don't care at all.
Software is great, I really like zenui and there's plenty of great options.

SD 888 is overkill, it tends to overheat even on small tasks,but it got better with OTAs.
It has some issue with VoLTE in some regions and with certain carriers, maybe check before buying if you care about it.
Too bad about ramdump issue but only thing I can do is hope I don't get it... If it will die I will ask for a refund.

+1 happy user
Coming from Huawei P10:
almost the same size, just a little bit thicker with the Rhinoshield case, which I don't mind
fast
better screen - bigger, better refresh rate, colours look nicer
regular software updates
camera OK, I don't use it as much
battery OK, it got better with updates, I anyway charge it every night
face-unlock works almost all the time, I prefer it over the slow fingerprint reader
Bad stuff:
panic-mongers in the official forum saying "the end is near"
I was not careful one day and managed to crack the rear camera glass, so now I have special effects on my wide lens, but as I said before, I don't use it as much
asus support not really helpful when I asked about repairs, I think I'll wait until after the holidays to send it it for replacement of the broken glass
As you may notice, I'm very happy with the device, but not so much with the company. BUT, in my eyes, that doesn't mean the phone is a bad product.

Happy user here!
I regularly read the forum, and aware of the faults. Mine is good and if it fails I send it to repair. I like it and it is my decision because it is a great phone.
There are specs I like and I also like the performance which is top notch.
It looks unique and it has personality.
My advice is to find a case that fits for you, and enjoy it. 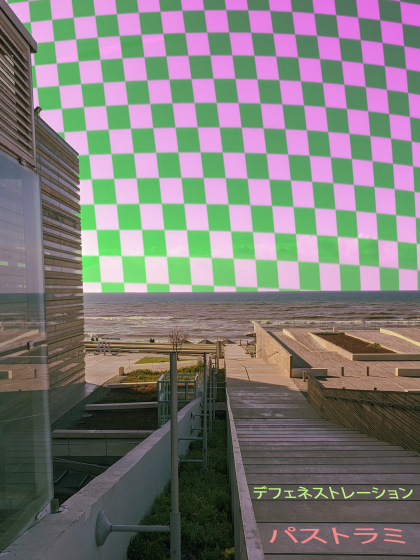 I am happy with this phone, but some drawbacks overheating (like any other 888) poot battery life that will be better with android 12 but the phone is really dopee

Welp it died now in rma

Hehe. 🙂 I'm coming from the XZ1 Compact too. It's a huge step forward. I made the decision to transition after the 32GB of storage were 95% full 98% of the time. I love that Sony, I'd have probably kept using for longer it if it would't have started to freeze when charging, probably not having enough space for maintenance.
First the things I don't like in comparison. Asus will feel big. 🙂 For my hands it's a bit too much, I hate not being able to reach all the screen with one hand. I feel it in my pocket. This is a bit personal maybe, but I liked the manly aspect of the Sony in comparison with the rounded corners of the Asus. I miss not having a dedicated button for the camera. I don't like the under the screen fingerprint sensor. It's not as precise and you have to look at the phone to be able to unlock it, a partial finger won't be enough if you misplace your finger. The fingerprint sensor in the power button was genius. Also a potential problem might be that the OLEDs over the touch sensor might get burned after years of usage because the screen illuminates your thumb full brightness with each unlock. So you might get a yellowish circle on a white screen after some time. As far as I can tell you can't do stereo recordings with this one. Sony did that. The selfie camera isn't as wide. I liked the wider one. You don't have an audio player. At all. Let alone something that can cast to a chromecast, which I loved. I could listen to the music in the phone at will on my stereo and control everything from my phone. You can't cast your photos either. You CAN cast the whole screen though. Opening the apps screen won't pop up the keyboard so you can search. Useless. Battery doesn't last the same. It will get warm, especially while charging. If you also had a Z3 compact, it reminds me of that one. If you don't game, it's OK. Mine doesn't get warm in regular use. Doesn't have a SD card.
The good things are quite something though. Everything moves amazingly. It's as snappy as it can get. I never waited for anything since I got this phone. And that feels like a big deal. The screen is way brighter, the contrast is perfect, as with any OLED. The speakers are WAY better than the Sony's. It's Apple class, there aren't many phones on the market with this kind of phone speakers. Crystal clear sound, no distortions. Although it gets warm, it charges in half the time. 15 minutes and you'll be fine for the rest of the evening if you don't want to live stream in 4k. Back cameras are better. Although the camera app has less frills, it will do the job beautifully. If you like low light pictures as I do, it's miles ahead of the Sony, it does live stacking to avoid motion blur and to minimize noise. Takes a few seconds, but if there aren't moving things in the frame you can actually take pictures from hand at night. Dual SIM is useful if you need that, second SIM can do 4G/LTE and you can switch the data SIM at will. First SIM does 5G. It's simply the best at this size, which is exactly the thing that I bought the Sony for.
But if I were you I'd wait some more. The sudden death a sizable number of these phones are suffering from after just months of use is not something to be ignored. I read in a thread here that the rate these phones (sold in a shop chain) were failing at was about 3%. That's huge. I'm not much of a cloud user, I hate putting my data where I definitely don't have any control, but I started backing up my phone the instant I finished reading that thread. There's no SD. Everything is on that motherboard that gets replaced on the dead phone. You lose everything you have on that phone. That's quite a stress. I had no idea of this, I bought the phone on an impulse on a day it was 20% off without doing my research. I like the phone a lot, I don't like the prospect that it may fail me any day with 0 warning. Wait until a root cause is established and this gets sorted out. If it doesn't, wait until you find something else you like. It's a good phone but I miss the peace of mind I had using my old phone, and that's saying something.