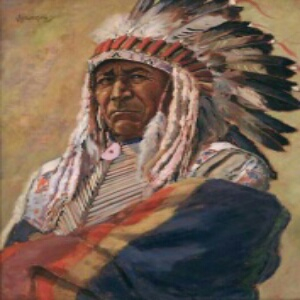 Dear Asus, I praised the battery before, but I have to say that after upgrading to android 10 it discharges very quickly. 1% in 5 minutes on average, it disappoints me very much because I bought a phone for a large battery. I feel poor vibrations but the battery needs to be improved. Will there be any update that will fix this? Please answer me, best regards

Today morning my phone didn't charge at all, it bearly charged 1% in 10 mins, I tried plugging it in different sockets. Last night I reset my phone, and that's it I remember what I did lastly to my phone. But now it charges normally how it used to be. I'm not sure whether it's software or hardware issue.

almost four days, everything was cool, but most of the time the phone was unused, I bought a phone for decoration because I'm afraid to use so as not to see how fast the battery is flying. The most important thing for the creators of the phone is: 1 - battery optimization, 2 - photo improvement because it drastically reduced the quality, 3-stronger vibration, 4-finger unlock improvement because it is slower and sometimes does not work at all, the rest are smaller disadvantages with which you can live. The battery is the biggest problem and this is unacceptable

I thought you said that battery was back to normal? In our internal testing, the battery life is about the same with the latest FW as previously.
I wouldn't say camera performance has drastically reduced. It behaves differently and we're currently discussing this since a lot of users don't undertand the changes we made. In most cases when users complain, it's because they thought they took a photo with mode A but the camera actually did B because the AI thought that was the better decision. Then at the same time, there might have been som camera shake. Then the user compares with an older picture taken months earlier in the same spot, believing that there's a comparison of A VS A but it's actually A VS B with some minor camera shake. I say this because this is the conclusion that I have made after som extensive comparison with two ZenFone 6 at hand using different FW. There were so many times when I thought we had either improved or decreased our performance greatly but then I took new pictures in the same scene and they looked the same. This is conclusion is true except when it comes to HDR++ where we changed the behaviour radically when taking a photo in very bright scenes. This was intended by our camera team and not a bug. According to them, you're not supposed to use HDR++ in very bright scenes and this is where we're currently discussing because I understand that this is what the average user believe it's intended for.
I'm not sure it's possible but I have asked our devs if they can tweak it in some way to make it feel more powerful
this was fixed in our last update. You still think the fingerprint reader is slow?

Anders Asus regarding the battery is a bit better but it is not because most of the time the phone was unused and it misled me, as I use it the percentages keep flying fast, I think SOC will last 4-5 hours and this is definitely not enough, I have already understood the camera , thank you, it can stay like this, fingerprints are also ok although sometimes they can hang completely and you need to write a pin, vibrations can be improved if possible, thank you for the answer

I have experiencing battery draining problem after my android 10 update.. earlier my 6z used to last about 40% after heavy usage now lasts only 20%

I have experiencing battery draining problem after my android 10 update.. earlier my 6z used to last about 40% after heavy usage now lasts only 20%