I've had the same problem with every ZenFone I've owned (or at least the last 2 phones, ZenFone Laser 3, ZenFone 4), it won't download or update apps while it's charging. I thought it might have been a setting on android but the only post I've found that someone has had a similar issue is a forum post in the ASUS forum from over a year ago which never got an answer on how to fix the problem: https://www.asus.com/zentalk/ph/thread-202911-1-1.html I've tried everything that was suggested. The only time I've got it to work is sometimes when I trick the phone buy unplugging it which starts the download and then plugging the phone back in. It also sometimes works when I power cycle the phone. It's not the end of the world but it's definitely an annoyance, so if there's something I can do to fix it I would love to know what it is. Any help would be greatly appreciated.
Preview file
184 KB
0 Kudos
Share
Reply
3 REPLIES 3
Y_ASUS
Zen Master I
Options

Hi mr.benderr, We cannot find this same issue on our phones right now. Does it happen every time you charge? Does it happen to both updating & downloading every time? Are you using WiFi or 4G to update/download? Are you using the original charger and cable? Could you tell us your google play store version? Thank you 🙂
0 Kudos
Share
Reply 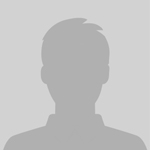 Last edited by Przemo on 2019/6/23 07:29 I have same problem with my phone. It doesnt matter 4g or wifi, during charging wont download and update apps in Google Play Store. I must check system update and then start downloading but only for a while so if i want download/update apps during charging i must tap on check update until downloading/updatating will ends or waiting for end of charging
0 Kudos
Share
Reply

Google Play Store is the newest actual. The charger also doesnt matter The problem occours on original with original cable like on the other chargers with other calbles
0 Kudos
Share
Reply
Related Content