Last edited by HenriqueP4K on 2019/6/18 12:48 I've saw Android Pie have launched today. And I have noticed some problems in the firmware: -The Radio FM app isn't recognizing my headphone jack connection, making the app unusable. (solved with a few restarts) -Sometimes, the brightness level is higher than normal. -Some pictures taken with the Camera app are still blurry, but not like before. But at least, the system stability and the battery level have been improved.
0 Kudos
Share
Reply
11 REPLIES 11 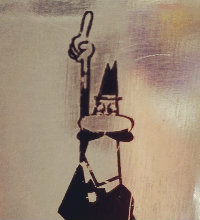 Agree with Henrique P4K... its the "Beta" the "final" version and we shouldn't expect anything else ever in Pie? Is Asus considering releasing a final Pie version or should we stick to Oreo if we want support?
0 Kudos
Share
Reply
HiiroNTC
Star I
Options

Yeah, but they can't give that simple answer, for whatever reason. Anyway, I've found another bug. When I try to edit the two ZenUI keyboard themes in the settings, the application stops working.
0 Kudos
Share
Reply
Related Content