Phone not being repaired

I really wanted to discuss this in a private message but nobody is bothering to respond to my requests for a PM, so here goes... (skip to last if you don't want to read my ranty story)

I bought my ROG Phone II (I00D1DE) back in January and immediately noticed the red tint issue. I'm somebody that uses the phone the most during the nights before sleeping - watching movies, shows, etc..., so it wasn't something I can live with.

I searched about it online and came to the conclusion that it'd be fixed in the A10 update. But as time passed people on A10 beta started saying it isn't and won't be fixed, so I contacted ASUS about returning the phone. They said it will likely be fixed with the update and asked me to wait and see as it's just around the corner. The update came after a month and it was most definitely not fixed, so I got back to them but then the lockdown started by then and so they asked me to wait for the lockdown to end. So I patiently did without complaining, managing with another phone. After the lockdown ended, I reached out again, had to explain the issue all over (they assign a new ticket number after every communication), and was given two service centers to take my phone to. One of them said they don't do Asus service anymore. I went to the other, F1 Info Solutions, thinking that these people looked rude, inexperienced, and lazy while I waited, and sure enough, he looked at the phone, said that wasn't ASUS UI itself and that I ruined it (becuase I was using Nova Launcher and KWGT), I removed them on the spot and gave the device again, he did the onboard USSD display test and said it was working properly and didn't accept it nor care to understand what I was saying. I complained again and ASUS called me and said their higher ups were involved and all the service center had to do was to take the phone and give me the job sheet and ASUS will take care of everything and give a favourable outcome. So I gave it and took the job sheet, sent it to ASUS. A couple days later I got a call saying the phone was ready to be picked up. I was puzzled as it couldn't be fixed. I went and they said they did a software update (it was already up to date) and it's resolved. I looked and could clearly see it wasn't. I asked the person to go slide the brightness in a dark room. He did, came back and said he could see the problem and that it can't be fixed as other phones had it too. I told him that was the issue, gave back the phone and told ASUS the issue was not resolved. Couple more days, and I got a call again saying it was ready, and once again, there was no change. This cycle happened two more times and I finally gave up and took back the phone as ASUS went back on their word that they'll take care of it themselves and would rather rely on that awful service center's word saying my phone has no issues.

Now my phone got the shutdown issue also for the past month, everytime while charging, and occassionally while playing. And F1 Info Solutions is still the only service center available. They work till 6 PM, and I took the phone at 04:30 PM. The lady at the desk said they can't accept the phone because I came late and that the phones are stuck with glue these days and opening it to show me will take time (without even asking for my problem). I asked why in the world I would be shown the phone and that they just had to take the phone. She asked another person to "deal with me", and he said they don't give tokens at that time and that I'm must come in the morning at 10 AM, like they're doing social service or I'm some jobless idiot.

But I happened to reset my phone while waiting for my turn at the center amidst numerous arguments that other customers were having with the staff, thinking to myself that this one SC is enough to ruin ASUS's image (even I ended up buying Acer Predator instead of the Strix G17 because I remembered this SC experience). Anyways, the phone didn't shutdown while being charged later that evening, and for 2 days after. I thought it was fixed, but once again it started to shut down which seemed weird, but it is what it is.

Now, I'm 100% certain these people won't replace the motherboard as required (I don't even think they can do a proper replacement). What do I do?

Over two months back I reached out regarding the shutdown issue and @Anders_ASUS tried to help but nothing came off of it.
After a bit of back and forth, I asked for my device to be picked up due to time constrains which the service center agreed to do but didn't at the agreed time, even after people at ASUS intervened. I managed to drop it off myself and they promised to return it within a week to 10 days. It has been over a month since, and I'm yet to get my phone. They simply blame ASUS, saying they're doing everything they can but ASUS isn't sending them the board, and point to me ASUS contact info asking me to beg ASUS for it.
This is extremely irritating and this phone has turned out to be my worst purchase till date.

Tried to have @ARP_ASUS PM me to discuss about this, since Anders seems to be on vacation, but the request was probably missed. 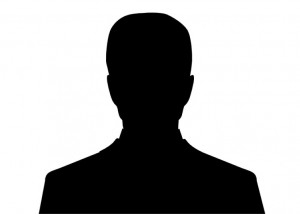