[ROG Phone II] What are AirTriggers? How to set them?

AirTriggers are the two ultrasonic sensor zones on the phone that can be customized to perform different functions, such as reproducing actions in specific games and launching specific apps, etc. There are two types of AirTriggers.

To set this function: launch a game, then swipe in from the left edge of the phone to call out Game Genie > tap AirTriggers.

To enable this function: Swipe down from the top of the screen to access Quick Settings > tap the Settings icon > Advanced > tap AirTriggers and turn on your desired squeeze gesture functions. 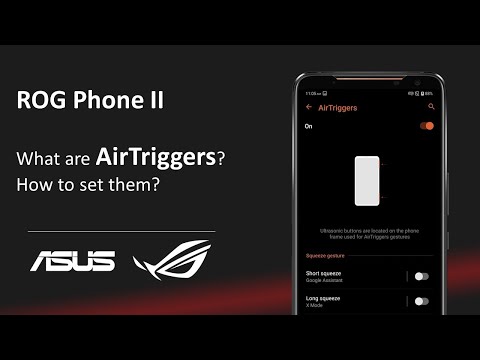 0
This discussion has been closed.